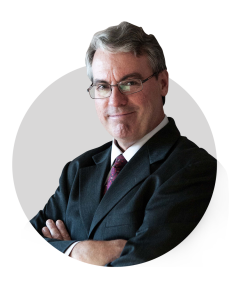 Graeme B. Fraser Law Firm was founded in Kanata, Ontario in 1994. His long-established practice also serves the City of Ottawa, including Nepean, Stittsville and well into the Ottawa Valley and Eastern Ontario.

Graeme was called to the Bar (Law Society of Ontario) in 1989 and has been practising law in Ottawa for over 30 years. Graeme is known to his clients, and his peers, as a tenacious advocate both in and outside of the courtroom.  This is borne out by the fact that the majority of new clients seeking out his services are referrals from old clients and other lawyers with and against whom he has had cases in the past. Graeme is able to communicate with his clients in both English and French. Graeme’s singular focus is an intense, detailed and thorough case preparation for every client. His advocacy skills were honed with over 20 years of criminal law practice as well. As a senior trial counsel he has successfully appeared before judges, juries and every court jurisdiction in Ontario, including the Court of Appeal in Toronto, as well as arguing cases to the Supreme Court of Canada.

Through his years of experience, Graeme also brings to bear an extraordinary set of negotiating and mediating skills which bodes very well in all areas of his law practice. He strongly encourages all forms of alternative dispute resolution to his clients. Overall, his experience has led Graeme to have a calm confidence in his abilities and knowledge as a lawyer.

Principles that Graeme adheres to in his work are these:

Mr. Fraser’s esteemed academic credentials include a Bachelor of Laws (LL.B.) & Bachelor of Civil Law (B.C.L.) conferred in 1987 through the National Program of Montreal’s prestigious McGill University; attending le programme spécial de français pour non-francophones at Université Laval in Quebec City (1981-83); and a Bachelor of Arts (achieving the President’s Roll of Scholars) conferred in 1981 from the University of Windsor’s Faculty of Social Science, with a Political Science Major (concentration in Political Theory and Philosophy).

In terms of community involvement and volunteer work, Graeme has held numerous positions as a Hockey Coach and Trainer (2004 – 2016) for his three children’s teams, all of whom played at a high competitive level.  He has been actively involved with Nepean Minor Hockey Association, Nepean Girls Hockey Association and Hockey Canada.  Graeme was a baseball coach with Pinecrest Little League (2004 – 2012).  From 2004 – 2007, Graeme was a member of the Ministry & Personnel Committee at Knox United Church, in Nepean, and was Chair of this Committee in 2006 – 2007.  In December, 2017, Graeme worked as a volunteer driver with Operation Red Nose, in Gatineau, Quebec.

Graeme is married to Francine, a special education teacher; they have three children – a daughter employed as a Registered Nurse at The Ottawa Hospital, Civic Campus, a son studying Engineering Physics at Carleton University, in the co-op program, and a son playing Junior A hockey in Montreal for the Lac St. Louis Revolution. For his own enjoyment, Graeme actively participates in several sports, including hockey, downhill and water-skiing, windsurfing, scuba diving, tennis and baseball. When time permits, and the urge takes over, he will also head out on a Harley Davidson for the day!

One of Graeme’s true passions is boating: he is an expert and aficionado with both power boats at the lake, and sailboats on the ocean. He is a certified cruising and offshore skipper through the Canadian Yachting Association, with Seamanship and Advanced Piloting through the Canadian Power and Sail Squadron. Graeme and his wife took a leave of absence from work for a year in 1993 to sail and travel through the South Pacific Islands, New Zealand, Australia, Indonesia, Singapore, Malaysia, Thailand and Brunei before launching his own law firm.  Leisure time now is spent at their island cottage on beautiful Charleston Lake.